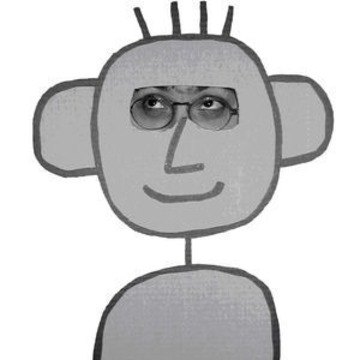 Alessio Leonardi is an Italian type and graphic designer who lives since 1990 in Berlin, Germany. He worked at MetaDesign with Erik Spiekermann and then was (till 2005) one of the two owners of the Design Studio Leonardi.Wollein in Berlin. Today he and his wife Imme Leonardi run the Studio Lion&Bee.
About the typographical side of his work: Starting from 1992 many of his typefaces are published by the FontShop International and Linotype Library. He was co-founder of the fontlabels Face2Face (with Alexander Branczyk, a.o.) and Fontology (with Fabrizio Schiavi). Since 2001 he is the country delegate for Italy at the ATypI (Association Typographique Internationale). In 2002 he founded the Company BuyMyFonts.com that produces typefaces for corporate applications and also for standard use (the latter are sold in the internet shop at www.BuyMyFonts.com). In 2008 he realized the BMF Change, the Corporate Typeface Family for the city Berlin.
Alessio Leonardi writes articles about type and design magazines worldwide and gives lectures at international conferences. In 2004 he wrote, drew and published the book "From the Cow to the Typewriter: the (true) History of Writing". In 2006 Mergenthaler Editions realized (together with Jan Middendorp) his second book, A Line of Type. 120 years typographic history. In 2008 he published his first Comic Book “Mr. Typo and the lost letters” (also together with Jan Middendorp), followed 2010 by “Wie die Leidenschaft unser Leben ruiniert” (How passion ruins our life). After being visiting professor for Corporate and Information Design at the University of Art and Design Burg Giebichenstein in Halle and for Typography at the University of Arts in Saarbrücken, he is now professor for Visual Communication and Illustration at the University of Applied Sciences and Art in Hildesheim. Imme and Alessio Leonardi have three delicious daughters: Anna Futura, Carlotta Sofia and Emilia Augusta.