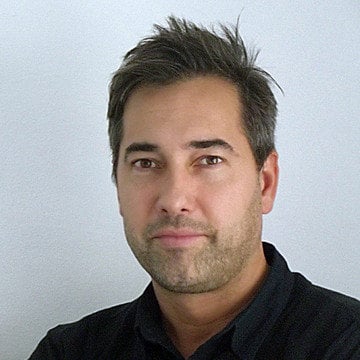 Born in Argentina in 1972, Eduardo Manso has been living in Barcelona since 2000. After studying Graphic Design at the Martín Malharro School of Visual Arts in Mar del Plata, Eduardo completed a Design Postgraduate qualification in Visual Communication at the National University of Mar del Plata.

Eduardo designed and published a number of fonts through [T-26], ITC Fonts , Bitstream, Linotype, and since 2002 via his own type foundry Emtype. Several of his type designs have been awarded – Bohemia won first prize in the Text category at the International Type Design Contest 2003 organised by Linotype, and received three Certificates of Excellence in Type Design from the Type Directors Club of New York: for Argot (later renamed to Bohemia) in 2004, for Relato Sans in 2006, and for Lorena Serif in 2007.

Eduardo currently gives typography classes at a number of Barcelona schools and runs his own foundry Emtype. He is a member of AGI (Alliance Graphique Internationale).