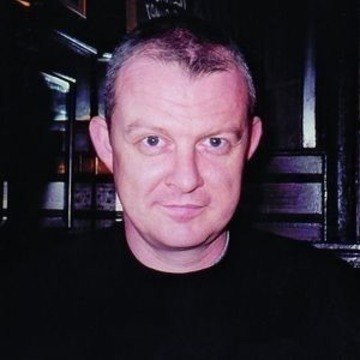 G-type founder Nick Cooke was born in Hyde, Cheshire. He studied at Accrington College of Art, and graphics at Blackpool and Fylde College of Art and Design. Nick started working as a designer/lettering artist for David Cox Studios in London in 1982. This is where Nick learnt how to craft type by hand for book jackets, and where his interest in type developed. Cox is the great-nephew of Eric Gill. His first type family was the Japanese-influenced FF Penguin followed by the script font ITC Dartangnon. Nick Cooke’s G-Type foundry was launched in October 1999 featuring the fonts Geetype (display), Gizmo (script), Houschka and Nubian (both sans). Since then he has widely extended his range of typefaces and also produced many well-known custom typeface designs for Corporate Identity, also digital lettering, logo development and refinement.