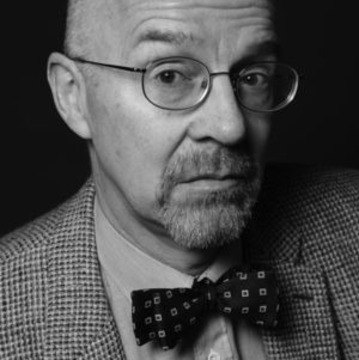 Nick Shinn, R.G.D. was born in London, England in 1952, educated at Bedford School, and acquired a Dip.AD in Fine Art (1974) from Leeds Polytechnic, Yorkshire. He lived in Toronto from 1976 to 2009, before moving to Orangeville, 60 km north of that city. He has been a member of the Association of Registered Graphic Designers of Ontario (R.G.D.) since its inception in 1996.

During the 1980s he was an art director and creative director at a number of advertising agencies, and a partner in the environmental marketing company Earthmark from 1988 to 1990. He went digital in 1989 and started the Shinn Design studio, which specialized in publication and marketing design during the 1990s. Between 1980 and 1998 he designed seven type families for a variety of foundries, most notably FF Fontesque, FF Merlin and FF Oneleigh for FontFont. In 1998 he went into the font business full time, launching Shinntype to publish and market his fonts worldwide.

Shinn’s background as an artist, writer, art director and graphic designer informs his eclectic type designs, which run the gamut from revivals to experimental work exploring new technology, and are used in everything from packaging and advertising to internet, book, magazine, and newspaper publishing, around the world.

He has produced many retail fonts, including the casual classic Fontesque, the unicase-monowidth type Panoptica, and the OpenType script face Handsome Pro, as well as commissioned work primarily for newspapers.

As a departure from designing original types, Shinn worked from 2004 to 2008 designing the Modern Suite, a set of 19th century revivals extended into the 21st century with massive OpenType features and language support, including full European Latin Script, Polytonic Greek, and Cyrillic with Asian Cyrillic.

Shinn has written for magazines such as Applied Arts, Druk, Eye, Graphic Exchange, Marketing, and Typographic, has spoken at the ATypI, TypeCon, Graphika and TYPO Berlin conferences, and taught at Seneca College, Humber College and York University in Toronto. From 2002 to 2006 he served as a board member of the Society of Typographic Aficionados (SOTA), which puts on the international conference TypeCon every year, helping bring it to Toronto in 2002.

He is presently working on a book examining modernism in type history, a gallery installation, continuing to adapt his back catalogue to the OpenType format, and several new typefaces.