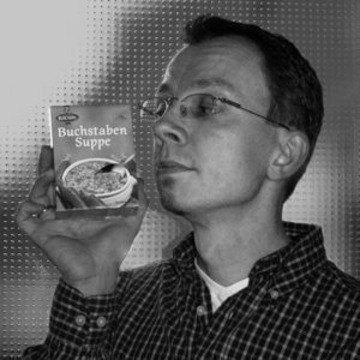 Norbert Reiners was born in 1967 in Germany. After finishing his vocational training as a typesetter in 1991, he went on to the Fachhochschule Aachen, where he studied visual communications under a number of teachers including professor W. Eikel (Calligraphy) and Professor K. Mohr (Typography). Before earning his degree in 1996 he already began working as a type designer and his been designing fonts ever since.