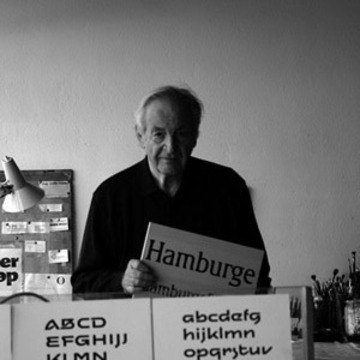 Othmar Motter (1927-2010) graduated with honors from a graphic arts academy in Vienna in 1950. In 1951 he founded the Vorarlberger Graphik studio in the town of Hard am Bodensee (Lake Constance). His work there was varied but his speciality was poster design and for it he won a number of awards. In the late 60s he turned his attention to logos, corporate design and type design, and in the early 70s four of his headline faces were produced by Berthold and Letraset, including Motter Femina and Ombra. Those would be his last designs for almost thirty years, not returning to the trade until the 90s. For this decade he was an active type designer and in 1995 he was made an honorary member of Design Austria.