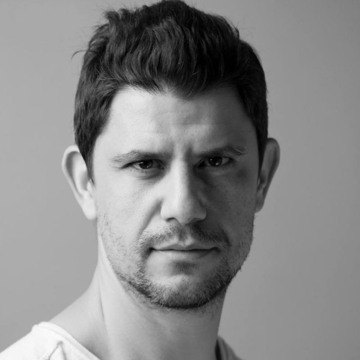 Born in Algeria in 1974 from a mixed French-Algerian marriage, Samy Halim enrolled at the École Supérieure des Beaux-Arts d’Alger in 1993. Terrorist events made his family emigrate to France, where he took on courses in Adobe Photoshop & Illustrator, and QuarkXPress. Samy took an interest in typography in his adolescence, reproducing magazine spreads by hand and drawing mock logos with imaginary names, all done with Rotring, gouache, felt pens, pencils… Around 1997-’98 he started creating typefaces on the computer when Eric De Berranger – a student of Jean-François Porchez – noticed his unslung designs, far removed from classic typographic rules. They became friends, and Eric taught Samy many tips and tricks about the drawing and spacing of glyphs, and the development of typefaces. Samy’s fonts were marketed by foundries and distributors like T-26, Fonthaus and the now defunct 2Rebels. He now likes working with Fontyou whose typographic co-creation model allows him to quickly and efficiently produce a number of his type designs that were gathering dust in drawers for far too many years.