Designed by Eugene Yukechev in 2016. Published by FontFont.

Buy
Starts at $49 for a single style and is available for:
Show all gallery images (4) 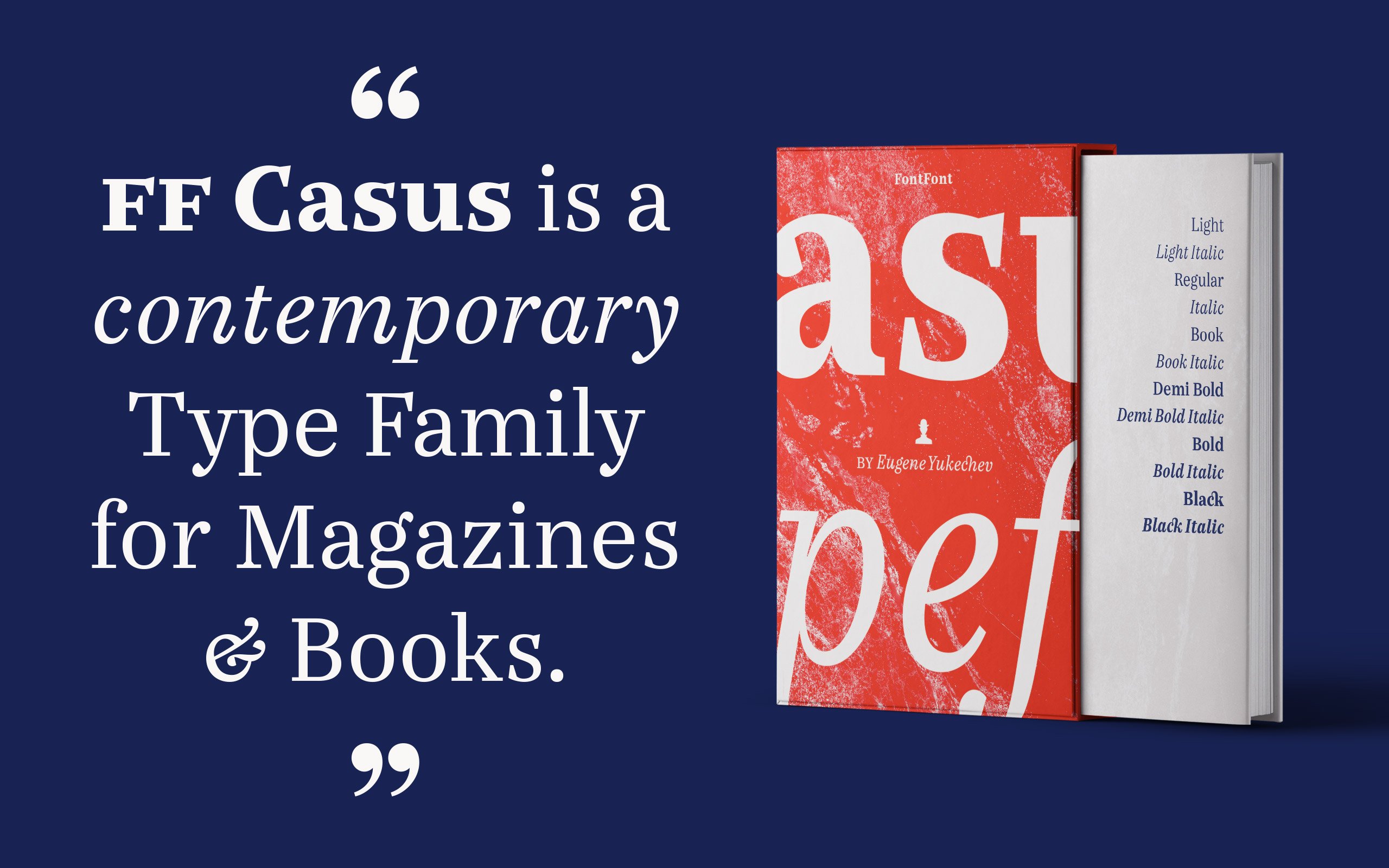 Fictitious use case for FF Casus by Alexandra Schwarzwald