Designed by Alejandro Lo Celso in . Published by PampaType.

Buy
Starts at $29 for a single style and is available for: 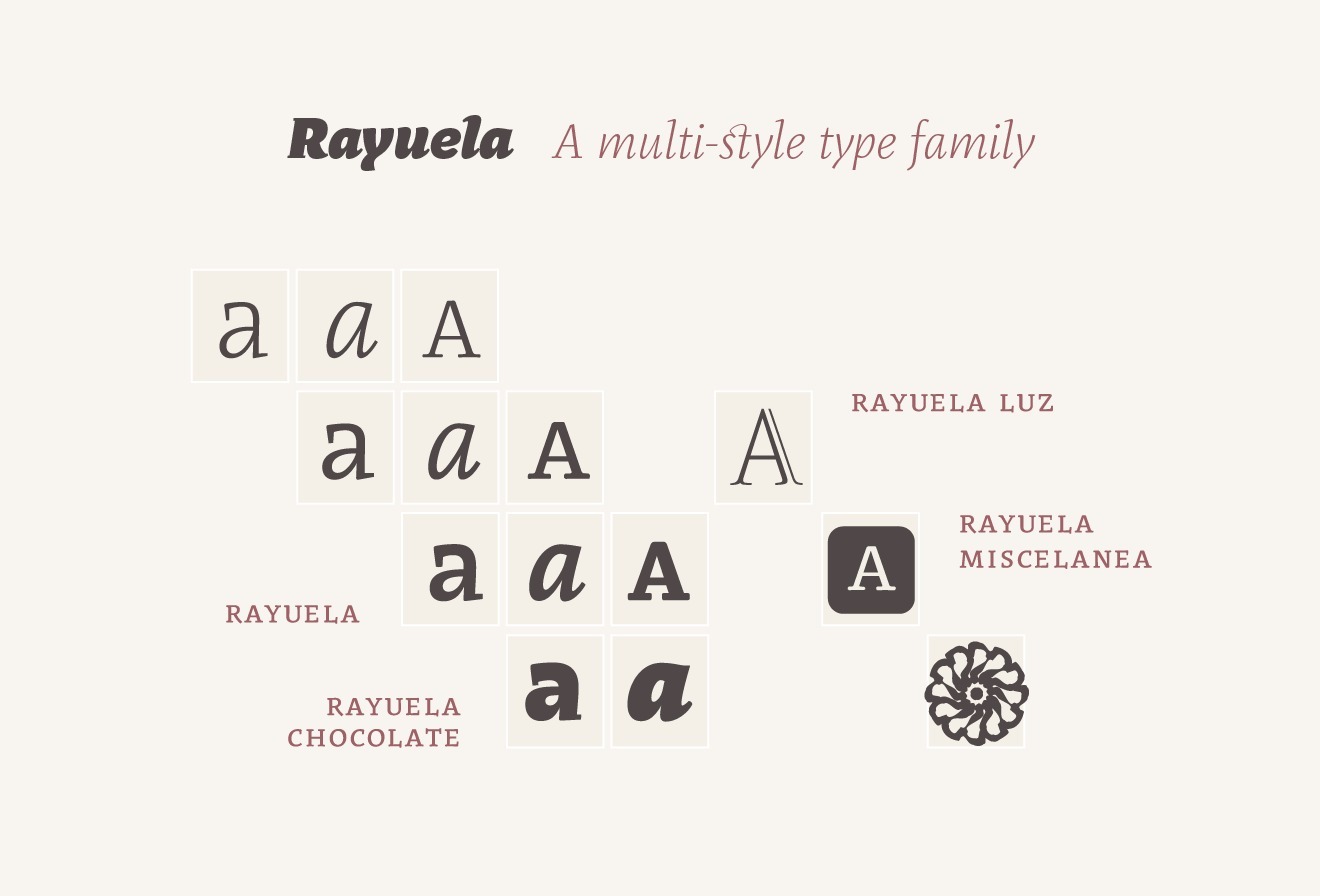 Rayuela, as many of PampaType families, include text fonts as well as display fonts and other distressed sorts.
a
Core Family
Decorated
Display/Headline
a

Rayuela (Argentine Spanish for Hopscotch) is inspired by the homonymous novel by celebrated Argentinian writer Julio Cortázar, whose writings are considered key to 20th century avant-garde literature. Rayuela is the result of a 2-year working process, at two postgraduate courses followed by Alejandro Lo Celso at the University of Reading, UK (1999-2000) and later at the ANRT Atelier National de Recherche Typographique, in Nancy, France (2000-2001). At both schools the type Rayuela worked as the practical side of research. Rayuela has been a popular face, maybe because there are not so many informal-spirited types with good legibility in sustained reading.

Rayuela was selected at the Bukva:raz! contest held by the ATypI in Moscow 2001, and later won a Certificate of Excellence at the TDC in 2006. Read more of Rayuela at PampaType.com.