This is the story of FontShop, founded 30 years ago by Joan and Erik Spiekermann in Berlin. FontShop was the first manufacturer-independent font supplier, and since its inception in 1989, FontShop’s talented team of type enthusiasts have pioneered a string of highly influential projects, including the experimental font box FUSE, the FontBook catalogue, and the esteemed FontFont font library. As FontShop celebrates its 30th anniversary, let’s take a look back at its early days and see how this group of designers reinvented the curating and distribution of digital typefaces.

It all began in Motzstraße, with a single desk in Erik Spiekermann’s design studio, MetaDesign, and a diskette storage shelf in the basement. Everyone was prepared to take calls on the yellow-black telephone: art director Alex Branczyk, designer Thomas Nagel and Erik himself, when his wife Joan and FontShop’s managing director Petra Weitz were in the storeroom. Erik van Blokland and Just van Rossum, trainees at MetaDesign at the time, were also heavily involved in the construction of the early FontShop.

FontShop is the child of two revolutions: Desktop publishing and the fall of the Iron Curtain in 1989. The political revolution was witnessed by the young company at ground zero of the fall of the Berlin Wall, in the only building remaining after World War II at Potsdamer Platz: the “Weinhaus Huth”, the ground floor of which housed the FontShop office after leaving the desk in Motzstraße. This, plus the simultaneous technical revolution that enabled the creation of page layouts on the personal computer laid the foundation for FontShop’s business model.

While fonts were sold with the hardware during the eras of hot metal and photo typesetting, Adobe’s page description language PostScript—part of the new publishing infrastructure with Mac/PC, the PageMaker software and laser printers—suddenly developed a free market for fonts from 1985 onwards.

Erik Spiekermann: “Whenever I travelled to the USA, I had to bring the latest digital fonts for my German colleagues ... from Emigre, Alphabets, Giampa or The Font Bureau.” This friendly service gave him the idea to found FontShop in autumn 1989, thus creating the first independent font mail order company.

“Font shopping at that time went like this: You’d call or fax an order, and receive a package with floppy disks the next day. Web shops and font downloads were still 10 years away. Nobody ever thought about fonts from the cloud in the early 1990s.”

After the fall of the Berlin Wall, the city was filled with optimism, confidence and new ideas. This also inspired FontShop. Within a few months the company grew from 2 to 12 employees. All were friends of friends, and everyone started their careers at the mail-order table. The fast growing business with fonts was learned by the colleagues on the phone and the Mac on their desk, by learning by doing. They were beginners in the new field, but so were the customers. This greatly facilitated further training.

While FontShop founder Erik Spiekermann focussed himself entirely to the growth of his design company MetaDesign, his wife Joan scaled up font distribution with FontShop branches in Canada, the UK, Sweden, Benelux, Italy and other markets. The first font catalogue was published in 1990. It was a lovingly crafted ring binder, the envelope made of exotic grey GDR cardboard, where customers inserted their updates alphabetically every quarter. The index pages of the catalogue were designed by international type designers. Two years later the catalogue became the FontBook, which last appeared in print in 2006, with 1760 pages, 32,000 font samples from 90 manufacturers ... weighing 2 kilos.

The most sustainable FontShop project that is still relevant today was the founding of the FontFont Library by Erik Spiekermann and Neville Brody in 1990. The FontFont collection soon proved to be a driving force in the typographic world. Early FontFont designs defined new criteria for type design. From fun fonts like FF Beowolf (with randomized letter curves, a technology developed by LettError), FF Trixie (dirty type writer, designed by Erik van Blokland) and FF Blur (Neville Brody’s iconic “stone washed” alphabet) to the contemporary romans like FF Scala (Martin Majoor), FF Quadraat (Fred Smeijers), and FF Clifford (Akira Kobayashi); from the smart geometry of FF Minimum (Pierre di Sciullo) or FF Typeface Six (Neville Brody), to the functionality of sans-serifs such as FF Meta (Erik Spiekermann), FF DIN (Albert Jan Pool) and FF Dax (Hans Reichel) – the number of FontFonts that have triggered new trends in the type culture is staggering.

The high quality of FontFonts has been ensured since their foundation by the Typeboard, which met quarterly in the early years, later half-yearly. Joan and Erik Spiekermann as well as the FontFont managing director Petra Weitz occupied the committee with changing international authorities, among them Jonathan Barnbrook, Erik van Blokland, Neville Brody, Stephen Coles, David Crow and Malcolm Garrett. Erik Spiekermann, Andreas Frohloff, Ivo Gabrowitsch, Jürgen Siebert and Alex Roth took part on the FontShop side over many years.

The pinnacle for FontShop and FontFont's innovative contributions came on January 24, 2011, when New York’s MoMA announced the purchase of 23 digital fonts for its permanent Design Collection. The exhibits included modern classics such as Bell Centennial, Verdana, Interstate and Gotham, as well as the 4 designs from FontFont: FF Beowolf, FF Meta, FF Blur and FF DIN. FontFont was not only the lone European foundry in the MoMA collection, but also the foundry with the most nominations.

In 1996, FontShop launched the three-day design conference, TYPO Berlin, in order to break up the long-distance mail-order relationship with its customers. While the host and his partners demonstrated the latest font designs and technologies in the foyer of the conference building, the Berlin House of World Cultures, the stars of the global design scene shared their professional secrets with over 1000 spectators on the stage of the large hall. At the TYPO Berlin 2013, the Typeboard even met for an hour in front of an audience, and revealed some of its quality criteria for good type design.

Thanks in part to the annual TYPO conference, the city of Berlin finally became the focal point of the type design scene. According to research by typeinberlin.com, 25 foundries and 50 type designers are now based in the German capital. Without Erik Spiekermann and FontShop, with their international appeal, this would probably not have happened.

One of the reasons for the good international reputation of FontShop was the marketing for the distributed typefaces ... and for our very own FontFonts. Shortly after its foundation, FontShop made a name for itself with printed flyers, brochures and posters. This continued into the 2000s and the digital age, both in the online shop and in social media with informative blogs (FontBlog, FontFeed), online tools (FontStruct, FontShop plug-in) and groundbreaking microsites. The microsite for the geometric Sans FF Mark (Hannes von Döhren, Christoph Koeberlin; 2013) used technical and aesthetic sophistication to set an international standard for staging and testing a font family on the web. Most recently, type designer and art director Alex Roth accompanied the design of printed matter and digital marketing materials.

In the summer of 2014, FontShop and FontFont became part of the Monotype family, which further developed both brands: FontShop as a digital distribution channel and FontFont as the largest library of contemporary font designs. In recent years, successful FontFont classics have been extended with new weights or foreign language extensions. And new designs have been published, including FF Real (Erik Spiekermann), Bauer Grotesk (Felix Bonge, Thomas Ackermann), FF Hertz (Jens Kutilek) and FF Attribute (Viktor Nübel). In 2019 the industrial humanistic Sans FF Nort (Jörg Hemker) and FF Neuwelt (Jens Gehlhaar) came out. FF Nort’s roots are in the British Transport typefaces, while the large FF Neuwelt family is an open, inviting and highly legible sans, that combines the straightforward clarity of a geometric sans with a welcoming warmth humanistic approach.

Pushing the boundaries of type design and marketing for 30 years is in itself a humble revolution. To celebrate, we invite you to take a tour of the type that made it all possible. Peruse our curated Fontlists that highlight and contextualize the FontShop story so far, and make sure to check out our promotion: 30% off 30 fantastic families from the FontFont Library, for 30 days only. (Sale ends October 19th, 2019.) 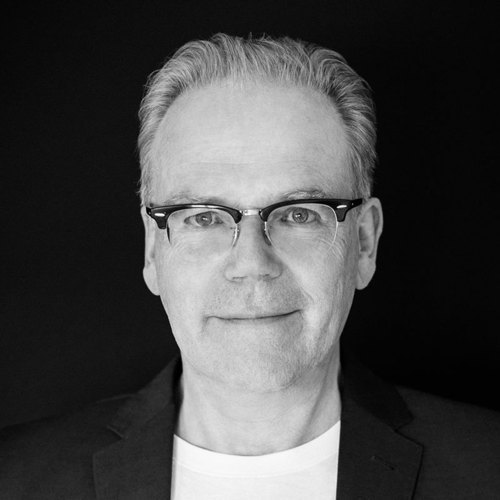