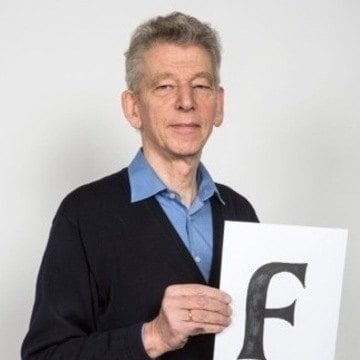 Gerard Unger was Born in Arnhem, Netherlands, 1942. He studied graphic design, typography and type design from 1963–’67 at the Gerrit Rietveld Academy in Amsterdam.
Currently, he teaches as visiting professor at the University of Reading, UK. Department of Typography & Graphic Communication, and taught at the Gerrit Rietveld Academy until January 2007.
From 2006-2012 he was Professor of Typography at Leiden University, the Netherlands. He’s also been a freelance designer since 1972. He’s designed stamps, coins, magazines, newspapers, books, logos, corporate identities, annual reports and other objects, and many typefaces.
In 1984 he received the H. N. Werkman-Prize, in ’88 the Gravisie-Prize, in ’91 the Maurits Enschedé-Prize and in 2009 the Sota-Award. In 2013 he obtained his PhD at Leiden University, on the subject of Alverata, a contemporary type design with roots in the Romanesque period (±1000–1200) and in early Europe.
He wrote articles for the trade press and, for example, for Typography Papers. One of his books, Terwijl je leest, has been translated into Italian, English (While you are reading), German, Spanish and Korean. He lectures frequently about type design and related subjects. 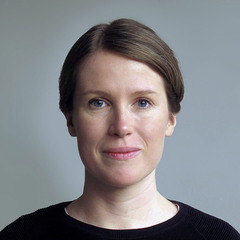