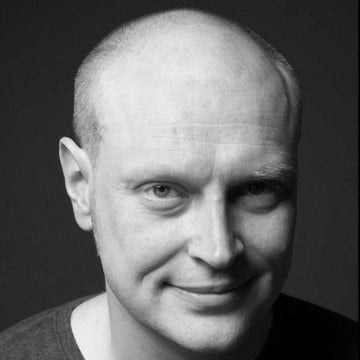 Since leaving college Jonathan Barnbrook has worked on his own, preferring to stay small to enable him to produce design which has an ideological purity which would not be possible in a larger design group. He believes that design, as with any visual form, has the possibility to change people's viewpoints and is not a predefined marketing tool.

He works in many fields including font design, graphic design and directing of commercials.

As a font designer, Barnbrook has the typefaces Exocet, Mason, ad Priori released by Emigre. Recently he set up his own font company, Virus, to release his other fonts such as Bastard and Prozac. As a graphic designer he has completed a collaboration with artist Damien Hirst on the book I want to spend the rest of my life everywhere with everyone, one to one always, forever now. He is also known for the design of the book Typography Now Two and various advertising campaigns. As a commercials director he has worked extensively in the field of moving image typography, producing many award winning commercials.