Buy
Starts at $49.99 for a single style and is available for:
The Wolpe Collection – Wolpe Fanfare | 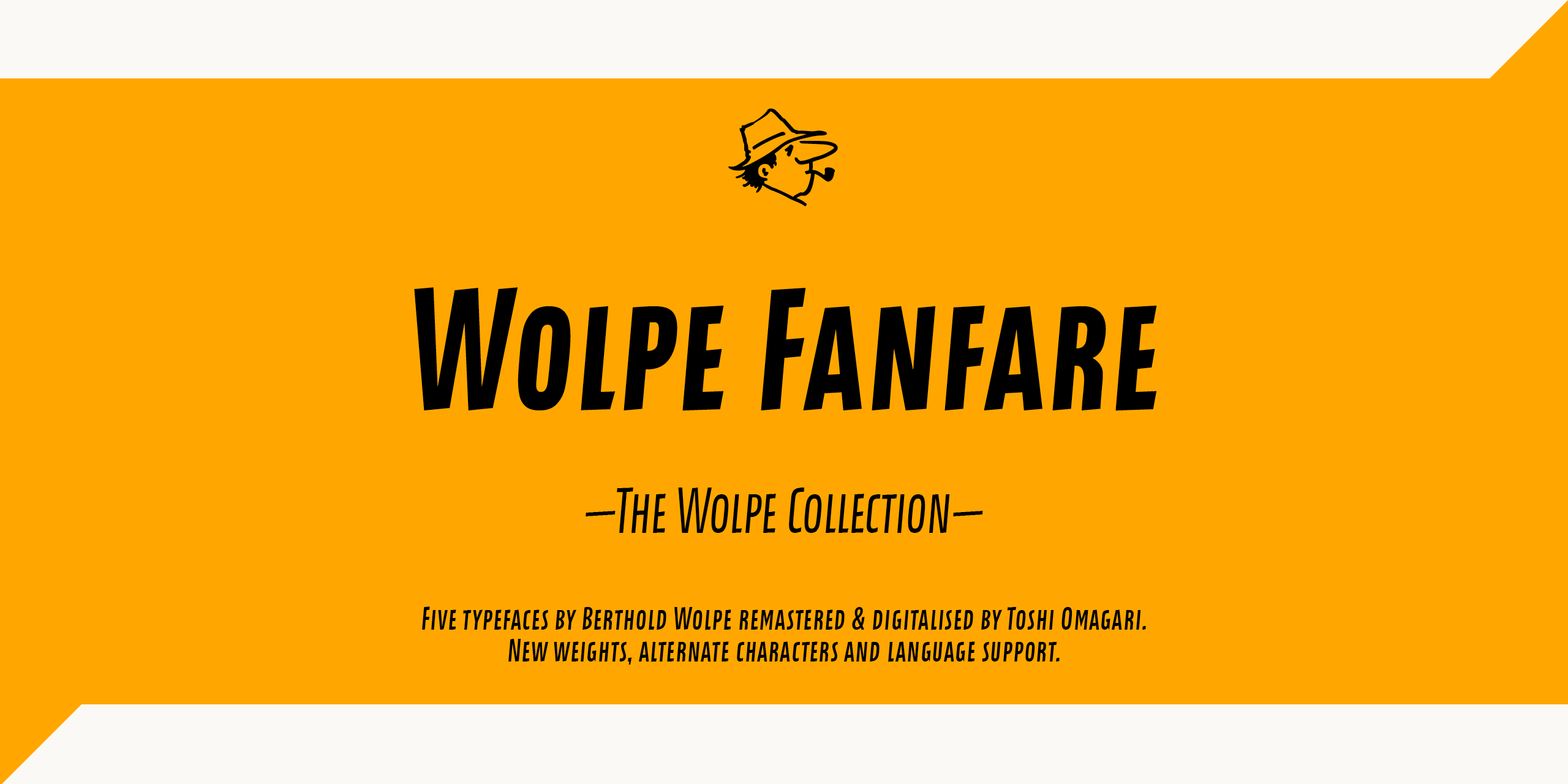 Wolpe Fanfare preserves the energy of Berthold Wolpe’s original design in five total weights and an extended European character set that includes Greek and Cyrillic language support. The new design, drawn by Toshi Omagari, dramatically expands the typeface’s range of use. Publication and advertising design are in its wheelhouse, and the design easily translates to digital screens.